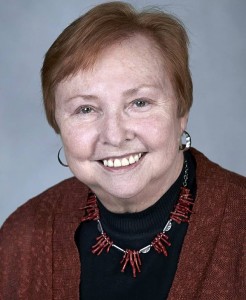 Organizers of UNLV’s proposed medical school knew from the start that getting students to enroll in their program before it was fully accredited might be a tough sell.

Here’s what they came up with to sweeten the deal: Every student in the school’s inaugural class will receive a full-ride scholarship.

Med school dean Barbara Atkinson revealed this week that she has been quietly seeking donations from the community over the past few months to make it happen.

So far, she has commitments for $1.3 million, which is enough to fund 13 out of the 60 students planned for the school’s first class. A four-year scholarship at the proposed school runs around $100,000. Nationally, average medical school tuition for four years is around $125,000. It can be nearly double that at private schools.

Those who have committed to donating money include the Children’s Heart Center Nevada and Las Vegas Asian Chamber of Commerce trustee Duncan Lee and his wife, Irene.

UNLV President Len Jessup and university administrator Bill Boldt are also each pitching in $100,000 to sponsor a student, as are a handful of others.

Brand-new medical schools are often passed over by potential students because one class has to complete the program before the school can receive full accreditation from the national Liaison Committee on Medical Education.

Atkinson said the idea to attract applicants with scholarships was inspired by a similar approach taken by the University of Central Florida College of Medicine for their inaugural class in 2009. Forty students there were awarded $40,000 each year for tuition and expenses. They received more than 2,700 applications.

“The whole point of this is to pick the very best class that we can,” Atkinson said.

She’ll need around $6 million in total to cover tuition for all 60 students, who have to perform just as well or better on medical exams than their national counterparts for the school to be considered for full accreditation.

“That class is key to getting accreditation, and they sort of have to take a chance on us,” she said. “We want to ensure that they get something special for doing it.”

In 2013, less than half of those who applied to medical school got in. And it’s typically very pricey. The average debt for U.S. medical students who graduated last year was $167,000, according to the Association of American Medical Colleges.

Right now UNLV’s med school is still years away from holding its first classes. Atkinson and her team are submitting accreditation plans in August and will host a site visit this winter. A committee will decide next June if the school can start accepting students. Atkinson wants classes to start in fall 2017.

“It’s not just about the university, it’s about Southern Nevada,” Jessup said. “I think the medical school is the most important thing we’re working on right now.”

His $100,000 donation is the most he’s ever given to a school. The scholarships are important, he said, because they show support for the school in the wider community.

“We felt this was the time to come forward,” said Bill Evans, co-director of the Children’s Heart Center Nevada, which has operations in Las Vegas, Reno and Carson City. “I think [our gift] is a statement that we support this not just in words, but in actions.”

The organization, which provides care to children with heart disease, is donating $1 million, with $100,000 of that going to scholarships and the rest to research.

According to a study commissioned by UNLV, Las Vegas is the largest metropolitan area in the country without a medical school. A dearth of opportunities for residencies in the region means there is little reason for medical students to stay here, which has left us with one of the worst doctor shortages in the country.

Duncan and Irene Lee had never been involved with UNLV until they read that study, they said. When they heard about the plan to provide full-ride scholarships, they decided to pitch in $100,000. “I hope the community will hear our message and jump in,” Irene Lee said.

Atkinson will officially announce the program and the full list of donors at a luncheon this Thursday.